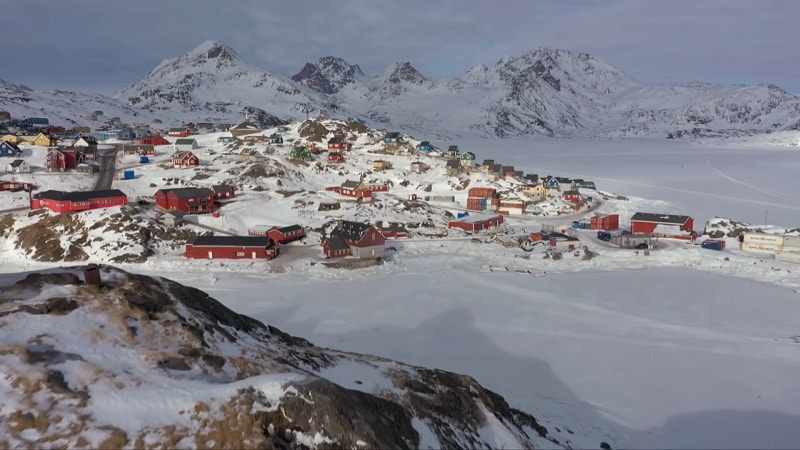 If you are looking for the answer to the question, “Is Greenland part of Europe?”, you are in the right place. This article will give you a comprehensive answer and explanation to that question.

In short, Greenland is a part of Europe in terms of political recognization. Meanwhile, geographically it belongs to the North American continent. Thus, Greenland is considered a transcontinental country.

What Continent Is Greenland Part Of?

Greenland, the largest island in the world, is located on the North America Plate, between the Artic and Atlantic oceans. Thus, Greenland is a part of the North American continent geographically.

However, Greenland’s political system and culture are closely connected with Europe, specifically Norway and Denmark, because of their Danish colonization (13th – 21st centuries). Moreover, Greenland is recognized as a self-governing Danish island, a part of the Kingdom of Denmark.

Therefore, Greenland is a transcontinental constituent that belongs to the continent of North America on the geographic map but has a cultural and political part of Europe with Nordic culture and a Danish governing system.

Owing to the cultural and political connection with Danmark, many Greenlanders see themselves living in Europe. In other words, from their point of view, Greenland is a part of Europe. Besides, as Greenland has an associated relationship with the European Union (EU), Greenlanders are allowed to freely move and reside in the EU.

Why Is Greenland Included In Europe?

Greenland is included in Europe because of its political tie with Denmark – a member of the EU. Moreover, although Greenland has left the EU since 1985, it is a member of the Overseas Countries and Territories Association (OCTA) cooperating with the EU.

In the 17th century, Denmark–Norway union affirmed its sovereignty over Greenland to strengthen its trading and power. Then, in 1814, the union dissolved due to the weakening of Norway’s status, and Greenland was under Danish sovereignty. In 1953, Greenland was fully incorporated into the Danish state as a county of Denmark, making Greenlanders Denmark’s citizens.

In 1979, Denmark gave home rule to Greenland. Later, in 2008, Greenland voted for their Self-Government Act and finally became an independent, self-governing island within the Kingdom of Denmark in 2009.

Greenland and the EU

In 1973, Denmark’s sovereignty was over Greenland, it followed Denmark to join the European Communities (EC) (the former name of the European Union – EU). Then, in 1985, Greenland left the EC owing to the disagreement about the Common Fisheries Policy and for regaining the Greenlandic fish resources. Because of this reason for leaving, Reuters reported in a 2016 article that Greenland residents refused to rejoin the EU since they were afraid that Brussels would gain access to their fishing grounds.

Though already leaving the EU, Greenland still remains a member of the Overseas Countries and Territories (OCT) associated with the EU because of the island’s close political connection with Denmark, giving its residents EU citizenship. It also joined the OCTA, which was founded on November 17, 2000, in Belgium, Brussels.

What is the capital of Greenland?

Yes, Greenlanders are recognized as EU citizens due to the political and cultural ties between Greenland and Denmark, a member of the EU.

Is Greenland not part of Europe?

The answer is both ‘yes’ and ‘no.’
If we see on the map Greenland is on the North American plate, meaning that this island is not part of Europe geographically. Meanwhile, if the cultural and political connections are on the table, Greenland is considered a part of Europe because it is a part of the Kingdom of Denmark.

Video: Greenland – The Largest Island in the World