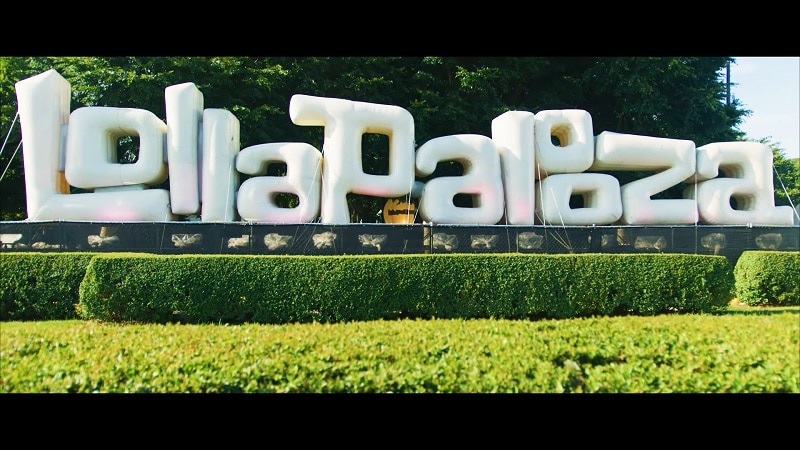 Lollapalooza is one of the biggest music festivals in the world. Held at Grand Park, the festival estimated attendee number is around 400,000 people. For such a big festival, how the artists will get after their acts? If you have the same question, you have landed on the right page!

This article will answer the question, “How Much Do Artists Get Paid At Lollapalooza?”, so that the estimated range of money that artists could receive is revealed.

How Much Do Artists Get Paid At Lollapalooza?

Lollapalooza does not reveal much about how much it pays for its artists. However, in the case of big festivals like Lollapalooza, the money would be around $1-2 million for top headliners. For the other next line-ups, the range would be $70,000 – $125,000, depending on the popularity of the performers and bands.

Lollapalooza started out as a touring event in 1991, but several years later, it became a permanent Chicago event. Genres of music playing at the event include alternative rock, heavy metal, punk rock, hip hop, and electronic dance music. Along with musical performances, Lollapalooza has featured visual arts, nonprofits, and political organizations.

How much do headliners, bands, and performers get paid at Lollapalooza?

There are many factors that determine the money paid to artists, including the scale and popularity of the festivals, the sponsors, and the popularity of performers or bands.

For headliners at big music festivals like Lollapalooza and Coachella, the money could range between $1-2 million. Some famous big stars such as Kendrick Lamar, Radiohead, and Lady Gaga can get around $3-4 million for headlining at Coachella, according to The New Yorker 2017.

How much money does Lollapalooza make for Chicago?

As of 2021, Lollapalooza generated $305.1 million for the Chicago economy, representing nearly $2 billion in revenues since 2010, according to city officials.

According to Lollapalooza founder Perry Farrell, the festival and City Hall already agreed on a long-term deal since the mayor agreed to give them “10-year extension” in Grant Park. He also said, “So we’ll be around here for another decade.”

And obviously, money is the reason why the city is going along with all this. The impact of Lollapalooza on Chicago’s economic status is at least $300 million a year.

During the final night of the four-day music festival, city officials and production company C3 Presents announced the deal, just as Korean rapper j-hope (BTS) prepared to headline a U.S. festival for the first time. With the new contract in place for 2023, the Chicago Park District and C3 have the option of extending the contract by five years if mutually agreed upon.

How Much Do Artists Get Paid At Rolling Loud?

Rolling Loud would pay $1 million per artist’s act at their event, according to what they tweeted in 2019.

An international hip hop music festival, Rolling Loud takes place in several countries, including the United States, Europe, Australia, and Canada. It was established in 2015, and Complex has described it as “the biggest rap-only festival in the world.” Billboard has referred to it as “the be-all of hip-hop festivals.”

How much does Rolling Loud pay headliners and performers?

In fact, the range Rolling Loud would pay for its artists could be from $20,000 to $1 million, depending on whether it is a major act and how big the artist is.

For headliners, it is likely that they will get $1 million from Rolling Loud.

Do you have to pay to perform at Rolling Loud?

No, you don’t have to. Rolling Loud does not allow pay-to-play. If you receive a message from someone that claims to be affiliated with Rolling Loud and is asking you to pay money to perform at a Rolling Loud event, it is a scam.

How much do artists get paid to play at festivals?

The amounts can range from less than $10,000 up to around $4 million, depending on the popularity of the artists. The famous, major performances can get $3-4 million per show, while the less-known indie band could receive nearly $10,000.
For example, the leading performers at US festivals, such as Bonaroo or Firefly, earned in the range of $1-2 million per act.

Who is the owner of Rolling Loud?

The owners of Rolling Loud are Matt Zingler and Tariq.
The Rolling Loud festival was founded in 2015, with the first event held in Miami, Florida, in February 2015. It was a one-day event and featured artists such as Schoolboy Q, Juicy J, Currensy, and Action Bronson.

How much do artists get paid for UK festivals?

The pay range varies from artist to artist. The average range would be from £25,000 to £1 million. However, it depends much on how big the big-name acts and the organizers.
In 2017, Emily Eavis, Glastonbury organizer, told NME that they were not able to give artists enormous money, and “It’s probably less than 10% of what they’d get from playing any of the other major British commercial festivals.”