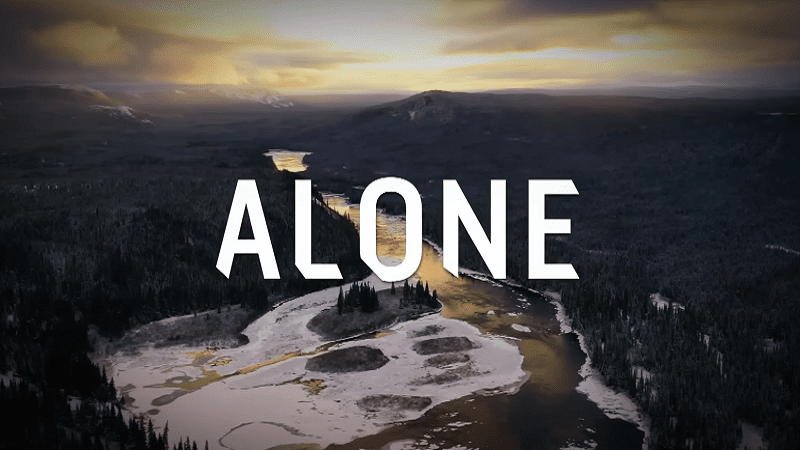 If you are wondering how much money “Alone” contestants can get, you will definitely find it in this article. This article will give you the answer to the commonly asked question “How Much Money Do Alone Contestants Get Paid?”. And if you want to be on the Alone show, you can have useful information from this article to prepare yourself before deciding. So, keep reading to figure out more!

How Much Money Do Alone Contestants Get Paid?

When seeing the Alone show, apparently, the contestants who tapped out soon will leave the show without getting paid, only the winner – the last survivor – get the prize money.

However, as in a Facebook post of Dave Nessia – a contestant of Alone season 3, there is a hint that he did get paid from the show. Also, Sam Larson – the runner-up of Alone season 1 and the winner of season 5 – commented in an online thread that the contestants indeed get paid weekly (that comment was deleted). But the actual number of the compensation was not mentioned.

Some audiences did agree that the Alone contestants did get a stipend and guessed that the amount would be about $1000 a week.

How much is Alone prize money for the winner?

According to the History channel, the winner is the final survivor in the show and will get the prize money of $500, 000.

The cash prize also occasionally increases. For example, in the seventh season, the cash prize increased up to 1 million dollars for the winner. At the end of this season, contestant Roland Welker made it through the 100-day challenge and won a $1,000,000 cash prize [1]. After this season, the prize money is back to $500,000.

Does the runner-up on Alone have prize money?

The runner-up on Alone does not have prize money.

However, they can have memorable experiences during their journey. All the skills and toughness that are essential to survive in the wilderness also was great life treasures for them after entering the Alone show.

Nicole Apelian and Woniya Thibeault, two female contestants of Alone, expressed in an interview [2] that after participating in the show, they discover a new skill set and realized they can overcome tough conditions and gain recognization from people. To them, their journey in Alone is an enjoyable, amazing, and beautiful experience.

Thus, we believe that every contestant in Alone would get the same experiences and do enjoy their journey in the show, even though they cannot get the prize money.

What Are Essentials Skills To Be On “Alone”?

To be on Alone show you will need not only survival skills but also strong mental health because you will be alone in the wildness and have to overcome tough conditions and dangers on your own. Besides, you should equip yourself with essential medical knowledge to protect yourself from dangerous situations.

Besides, after applying for the show, the appliances will take a boot camp before filming. In the boot camp, survival experts will give them various tests to evaluate their physical and mental strength and skills when being in an isolated wilderness. After the evaluation, there are 10 qualified persons selected to film the show.

Items Can Get On “Alone”

The items that are allowed on “Alone”

The Alone contestants are allowed to take standard clothing, safety, and survival gear, such as a toothbrush, eyeglasses, a personal photograph, and a pair of hunting boots. Besides, they can take 10 items from the provided special gear list [3],[4]. This gear list has 7 categories, including Shelter, Bedding, Cooking, Hygiene, Hunting, Food, and Tools. Especially, the contestants can only choose a maximum of 2 items in the Food category.

The items that aren’t allowed on “Alone”

In the “Alone” Participant Gear List on History Channel, there is a list of about 30 items prohibited to take on the show [3], including beauty products, compasses, decoys, animal calls, food storage boxes, electric lanterns, etc.

What are the general rules of the show Alone?

The general rules of the Alone show can be simply demonstrated as follows. The contestants on the show will be put in wilderness surroundings, which are isolated enough to make sure they do not have contact with others. They will choose to bring the standard items and special gear in the provided list. Then, they will try to live in the wilderness area for as long as possible. The longest survivor can get the prize money of $500,000.

Who lasted the longest on Alone?

Roland Welker is the contestant that lasted the longest on Alone.
The Alone show has 8 completed seasons and currently been streaming season 9. Over the last 8 seasons, Roland Welker contesting in season 7 is the first person who goes through 100 days in the wild, meaning that he has been the longest survivor of the series, so far.

Do Alone contestants get tampons?

According to “Alone” female contestants, they can bring everything that they use for menstrual cycles, including tampons and disposable pads.

Video: How To Get On “ALONE” On The History Channel

Related Search to “how much money do alone contestants get paid”