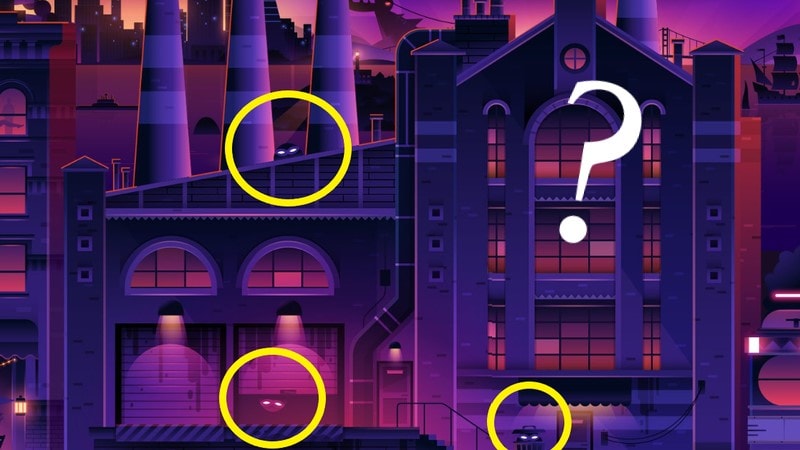 Did you just see the new screensaver of Roku and wonder, “Roku where is the fourth Ninja Turtle?” We have got you covered! Roku knows how to entertain its audience even from the most minor thing. So, from time to time, Roku adds a new screensaver with a bunch of easter eggs. And this time, it’s our turn to find all the ninja turtles that are hidden in plain sight.

So far, there is still no clue where the 4th ninja turtle is. And honestly, we don’t think there is one. Roku has been playing around with its screensaver, and it wouldn’t be a surprise if they decide to pull a prank on us. Many say that the 4th one is on the window on the second floor of the barbershop. Still, the mysterious figure doesn’t remember the other ninjas.

Roku has been releasing a new screensaver every now and then. Each one has special ester eggs that keep the audience looking at the screen for 30 minutes to find all the movie references appearing in the same panel. Users can also change the screensaver if they want to.

A few years ago, in 2018, Roku published a screensaver with a giant robot attacking the city with UFOs and pirate ships and all that. But the detail keeping the audience on the edge of their seat is that: Where the heck is the 4th ninja turtle? Spotting the first 3 is super easy, but the 4th one has been playing hide and seek for a good while, and he hasn’t revealed himself to this day.

So what do we know and what theory have we been thinking about in order to discover the location of the 4th ninja turtle? Here is our answer.

How many ninja turtles are on the Roku screensaver?

There are only 3 ninja turtles on the screensaver of Roku, and there is no clue where the 4th one is. Maybe he is kidnapped, or maybe he decided to take a day off from protecting people and his friend. We will never know unless Roku points that out.

Where is the 4th ninja turtle on Roku screensaver?

There is no 4th ninja turtle on Roku 2018 screensaver. People point out that the 4th one is hiding inside the second floor of the building with a barbershop on the ground floor. But that’s not him. If you look closely, it’s a figure that wears a binocular, not the ninja mask that the other 3 ninja turtles were in the movies and the screensaver. So his location remains a mystery.

As for the 3 ninjas that we found, 1 wears a blue mask, 1 wears a purple one, and 1 wears a red one. So the missing mask color is orange, which belongs to Michelangelo. He is the 4th mysterious ninja turtle that has been missing.

Why are there only 3 ninja turtles on the Roku screensaver?

Maybe Roku forgot it when they were busy adding small details into the frame. And while the other references are epic, the absence of the 4th ninja turtle, Michaelangelo, drives the audience insane. Some even wrote to Roku, asking them to implement the missing warrior.

Are there 4 ninja turtles on the Roku screensaver?

On the Roku 2018 screensaver, there is no fourth ninja turtle. People say the fourth one is hidden in the second story of a building with a barbershop on the ground floor. But it isn’t him. Instead, if you look attentively, you’ll notice a person wearing binoculars.

Where Are All The Ninja Turtle On Roku Screensaver?

Check out this picture where we circle all the ninja turtles that appear. Yes! Only the 3 appear because, sadly, Roku forgot that there was a fourth that made the team, Michaelangelo.

What Movies Are Hidden In The Roku Screensaver?

What platform can I watch Ninja Turtles?

You may watch it on The Roku Channel, Prime Video, VUDU, Vudu Movie & TV Store, Redbox, or Apple TV.

Are there 4 or 5 Ninja Turtles?

Jennika is the fifth Ninja Turtle and the first girl in the current IDW Comics chronology. TMNT fans are well aware that the comic series is abandoning the original fifth turtle, Venus de Milo, after co-creator Kevin Eastman sold his share.

Did they take TMNT off of Hulu?

Hulu is a video-on-demand subscription service. Following the introduction of Paramount+, TMNT was from this streaming service.