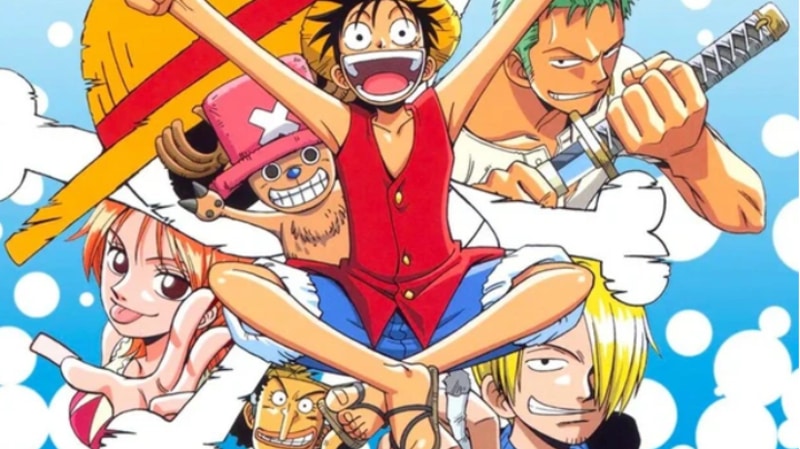 You are new to One Piece and wonder, when does One Piece get good? In this post, we will discuss parts of One Piece that make it an epic manga/ anime. We will also reveal which arc is the worst that master Eiichiro Oda has created.

There are so many good arcs in One Piece, and it is impossible to tell when it truly gets good since the pace builds up and the hype never leaves. But for many readers, the point when the plot starts to get really engaging is when the Baratie Arc enters the chat. Sanja was introduced in this arc, and Zoro lost his fight against the strongest swordsman Mihawk.

When Does One Piece Get Good?

Get to know the arc or scenes that impress our readers the most here!

When does One Piece manga get good?

The fourth story arc of the East Blue Saga manga and anime is called the Baratie Arc, and this is an early arc that has fans nodding their head with satisfaction.

In this arc, Johnny and Yosaku are introduced, and they meet the Straw Hats, who then take them to Baratie. This restaurant ship is a floating oasis in the middle of the ocean. Here, the Straw Hats meet Sanji, who later becomes their crew member and is the third strongest fighter on the ship.

Another highlight is that Zoro loses to Mihawk in a duel and vows never to lose again. He also receives his first major battle scar and breaks his two unnamed swords.

When does One Piece fights get good?

In One Piece there is a time skip in between episodes 516 and 517. After the time skip, the audience notices much better fighting skills and style due to changes in the animation. Before that, the fights had a very 90s-2000s nostalgic style.

When Does One Piece Animation Get Good?

The answer varies depending on each arc and the progression of the plotline, but fans have pointed out that some of the episodes where they notice a better animation quality are: 263-312, 457-489, after episode 600, 890-897.

Most Boring Arc In One Piece: Dressrosa

One Piece has an amazing lore with dozens of hit arcs. But what about its dark side? Which is the worst arc of One Piece that leaves fans with a big question mark? Dressrosa is our top pick for the crown.

Is Dressrosa arc boring and why?

Dressrosa is the 27th arc of the manga and anime series, and the main antagonist is Doflamingo, one of the Seven Warlords of the Sea. By far, this is the longest arc ever created for One Piece, and the anime goes a lot slower compared to the manga. The total number of episodes of the arc is a whooping 118, 16 more than the manga version.

Due to the slow pace and somewhat not-so-logical character’s plotline, Dressrosa has received many negative reviews from avid anime fans.

When does Dressrosa get good?

The pace of Dressrosa is the same through and through. Unfortunately, due to production problem and the release rate of the manga, Toei Animation studio can’t push the pace faster and make a certain episode appears more hyped than the other. The good thing is that, like any other One Piece arc and episode, viewers can still enjoy good fighting and plot progress.

Why is Dressrosa animation so bad?

Dressrosa was made in 2014, and the schedule for the arc was tight. It’s the longest arc, and the most hyped one of One Piece, so there is no doubt that expectation was high while the schedule and animation were too hectic.

One Piece fights are boring in this arc?

One of the biggest minus points is that Doflamingo is introduced as one of the seven warlords, which means he should be super powerful and possess a more impressive skill set. But his character proves otherwise. Even his last strike, God Thread, seems too mediocre, both in the manga and the anime version. The Straw Hat Pirates never seem to face a challenging dead end.

Overall: is Dressrosa worth watching?

Yes. Even though the arc didn’t catch our intention, it has interesting points worth watching. It’s not common to encounter one of the Seven Warlords of the Sea and see how he failed miserably to defeat the Straw Hat Pirates.

Does One Piece pacing get better?

One Piece always maintains its purpose of building the plot and making the next arc better than the previous one. But while the manga keeps the pace fast, the anime is falling behind and becomes much slower than the manga due to the preoccupation of running out of material.

Does One Piece get better after timeskip?

Yes, after the time skip, Bandai Namco was in charge of and interfered with the animation. The fight scenes get much higher quality than before.

Why are One Piece episodes so slow?

Usually, an anime episode uses 2-3 manga chapters as material. But the worry rises because it’s possible that Toei Animation can catch up with the release of the new manga chapters, leaving the studio with little to no material to work with if they produce too quickly. This will requires pauses and can be damaging to the turnover.

Does One Piece get more serious?

There are always moments that leave tears in our eyes. But in a recent interview with author Eiichiro Oda, he commented on how mangakas no longer draw light-hearted works. In opposition to that, the father of One Piece’s goal is to keep his work a purely “work of entertainment.”