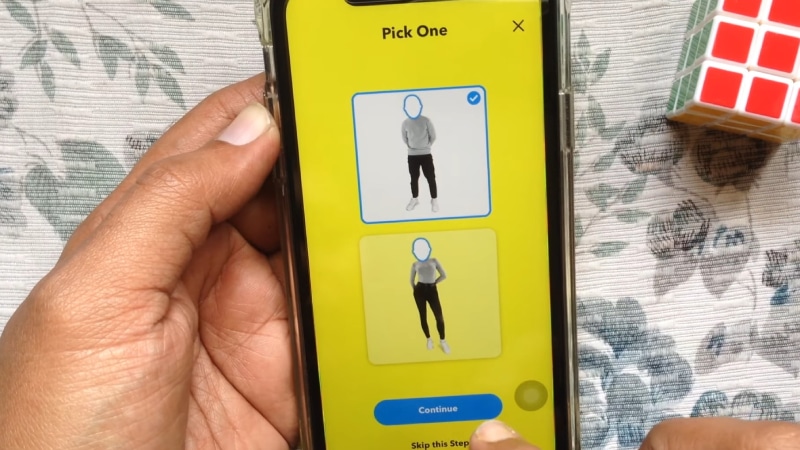 Generally, the answer to your question “Who is in your Snapchat cameo story?” is that it depends on your privacy settings. If you choose “My Friends ” in the “View My Story” and “Use My Cameos Selfie” settings, your friends on Snapchat can access and appear in your Snapchat stories. If you select “Everyone”, it would literally allow everyone, even strangers, to show in your cameo story.

Besides, it also depends on the algorithms of Snapchat for selecting who to appear on your story discover; usually, they will be friends that you have lately snapped.

Who is that stranger in my Snapchat cameo story?

In an archived Reddit post, many users had the same problem about seeing strangers, who are not their friends on Snapchat, in their cameo stories. The reason for this can be because you set “Everyone” for the “View My Story” and “Use My Cameos Selfie” settings in the “Who Can…” section, as demonstrated above.

If you have changed the setting but still see strangers in your Snapchat cameo story, maybe there is a bug or just because of a random selection of the Snapchat algorithms. So, you can leave it or report it to the Snapchat help center, they may give you a proper answer.

How can I check who’s in my Cameos story?

If there are strangers in your Cameos story, there is no way to find out. But you can control who can see and use your Cameos selfie and story by checking your account settings.

To manage who can view and use your Cameos selfie and story, you can do the following steps:

What Is Snapchat Cameos?

Snapchat Cameos is an interesting feature that was released in December 2019. This feature allows users to easily make an emoji video or GIF of their face. It is considered an alternative to Bitmoji or Memoji.

How do Snapchat Cameos work?

Snapchat Cameos uses deep-fake-like technology to match the face of the user to the animated videos that express specific moods. In other words, the user will make emoji GIFs or looping videos using their selfie photos. This will make the conversation more interesting.

When taking the selfie for Snapchat Cameos, the users don’t need to express any emotions, just keep their natural faces. Snapchat Cameos will map your faces to the Cameos effect you chose like smiling, angry, or sad.

How does Snapchat select people for cameo stories?

Snapchat uses algorithms to select which cameo stories to feature on its app. Typically, the algorithm determines that the most popular cameo stories are those that are most likely to get people talking and creating conversation. So, usually, the people in your Snapchat Cameo story is the one you have snapped lately.

How do I make a Snapchat cameos story?

According to Snapchat, the following is a list of the steps that must be taken in order to create one of these Cameos for one’s own use:

How can I change my taken Cameos selfie?

To change the taken Snapchat Cameos selfie, there are two ways for you to do this.

1. The first method is to help you change the selfie of one of the cameos you have made:

2. The second method is to delete your taken Snapchat Cameos selfie and make a new one:

Then, you can make another Cameos selfie by taking the steps listed in the section above.

Can everyone see your Cameos story on Snapchat?

It depends on your Cameos settings. This means the option of viewers you choose in the “View My Story” setting will decide who can see your story when you share it on Stories section on Snapchat.
So, if you set “My Friends“, only your friends on Snapchat can see your stories. If you select “Everyone” option, apparently everyone can see your shared Cameos stories.

The Cameos stories discover will usually choose the last person you have snapped to show, but sometimes it will do randomly.

How can I stop someone from using my Snapchat cameo?

Video: How to Make A Snapchat Cameo

Related Search to “Who is in my snapchat cameo story”