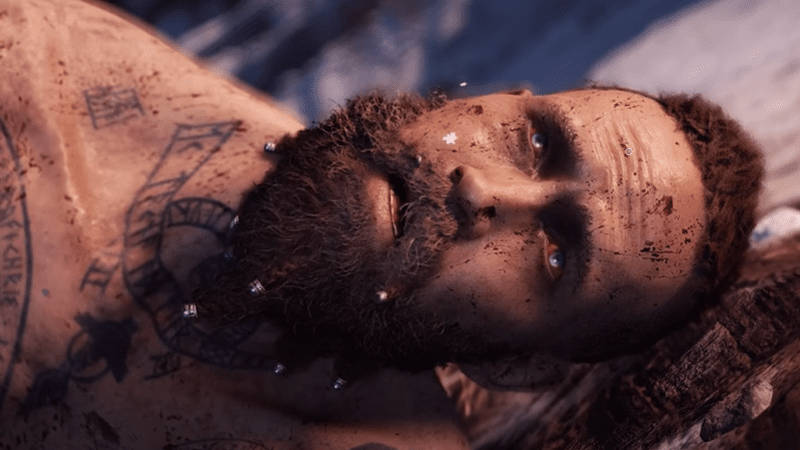 Why did Baldur attack Kratos? In God of War, you play Kratos, a Spartan warrior who is known for killing gods. In the game God of War 2018, Baldur was the main antagonist, and he has been known to be the most dangerous and impressive enemy the protagonist has faced. Find out the reason why he lashed out toward the Spartan here.

Odin sends Baldur, Magni, and Modi to seek down and murder Kratos and his son Atreus, believing them to be the bringers of Ragnarok. Baldur was also looking for a way to break the curse that his mother had set on him.

Why Did Baldur Attack Kratos?

Baldur didn’t suddenly just seek and attack him and Atreus blindly. There is always a motivation behind the gods’ actions. Find out what it is for Baldur!

What did Baldur want from Kratos?

Baldur is evidently seeking Kratos because Odin has convinced him that either Kratos or Jotunheim can cure him from the curse of protection that his mother, Freya placed on him. Baldur thought that Kratos was a giant because giants could enter Jotunheim. Either way, Kratos and Atreus were the keys to Baldur’s freedom from the curse.

Why was Baldur looking for Kratos?

One, Kratos and Atreus were suspected to be the bringers of Ragnarok, so Odin sent Baldur to kill them. Two, Baldur thought that Kratos was a giant, which was what he needed to go to Jotunheim and potentially break his mother’s curse there.

Why does Baldur hate Kratos?

Baldur has tremendous resentment toward his mother Freya, for what she has done to him. Maybe seeing Kratos with her flamed his hatred toward the Spartan.

Who Did Baldur Think Kratos Was?

There is no doubt that Baldur mistaken Kratos for another “god species.” So what did Baldur think Kratos was initially? Here is your answer!

Did Baldur think Kratos was a giant?

Baldur described Kratos’ race as “Enlightened.” Players assumed that Baldur was referring to Kratos’ Greek origins. But as the game progressed, we realized that Baldur believed Kratos was a giant since they possessed the power of Futuresight.

Did Baldur know Kratos was a god?

No. He had no idea who Kratos was. He mistook Kratos for the giants’ departed guardian.

How did Baldur find Kratos?

It’s due to the tree you chopped down at the start of the game. That removed Faye’s protective spell, and Baldur had been seeking her for a long time. Kratos thought his son wasn’t ready, but Faye knew it was time for them to start their journey in the 2018 game. Mimir also felt Odin had instructed Baldur that the giant he was chasing knew how to break Freya’s curse.

Baldur And Freya´ Relationship In God Of War

From the first moment the mother and son met in the game, players already noticed a hostile attitude directed towards Freya from Baldur. It’s very close to the original tales of North mythology. So what is the reason behind his anger, which was part of the reason why he hunted Kratos and Atreus in the first place?

Why does Baldur hate Freya?

Freya is a mother, and like all mothers, she wants to protect her child. Knowing the prophecy that Baldur will one day die. The event will kickstart the Ragnarok, the apocalypse of all gods, including Odin.

With this information, she did everything to prevent her son’s death. She put a spell on him that helps him immune to any injuries, no matter how little or severe, at the cost of being unable to feel anything physically. So, Baldur can’t feel pleasure or pain. He is pretty much a hollow machine after the spell/ curse. He begged his mother to lift the spell, but the thought of her son dying prevented Freya from complying with her son’s wish. He started to resent Freya ever since.

Why did Baldur want to kill Freya?

Baldur hated Freya after he knew the magnitude of his loss with the spell of protection that she put on him. His only remaining emotions were hatred. She said she was only trying to protect him. For him to live. But he was stripped of all emotions, even to live a real life.

He grew obsessed with breaking the enchantment and exacting vengeance on Freya. But, in the end, his death was unnecessary. The magic was broken by coincidence (when Baldur hit the youngster, the mistletoe arrow splinter binding Atreus’ quiver together pierced Baldur’s hand).

Why Did Odin Send Baldur To Kratos?

Baldur was seeking Kratos because Odin had convinced him that either Kratos or Jotunheim could heal him of the spell of protection imposed on him by his mother, Freya. Unfortunately, Baldur mistook Kratos for a giant since only giants could enter Jotunheim. In any case, Kratos and Atreus were crucial to Baldur’s release from the curse.

The true motive behind Odin’s order is that he knew that Kratos and his son would be the bringer of Ragnarok. And it was all confirmed because this year, 2022, players will have the chance to continue the left-off storyline of God Of War with the new Installment: Ragnarok.

Why Did Kratos Struggle Against Baldur?

On the first battle, he was out of practice. He had previously fought wolves and trolls, but it was nothing compared to an eternal god. Also, Kratos had formed a policy not to fight and kill mercilessly because he didn’t want to teach his boy that way of fighting before his son could grasp the idea of the morbid fights. Kratos didn’t want his rage to consume him as he did when he fought the gods of Olympus.

Why was Baldur looking for Faye?

He was hunting for Faye, the wife, because she could enter Jotunheim since she was a giant. This is why Baldur replied to Kratos, “I assumed you’d be bigger,” because he didn’t realize he was a demi-god and not a giant.

Why did Baldur want Atreus?

Baldur wanted Atreus’s mother, Faye. She is a giant, so she could enter Jotunheim.

Why did Baldur say snow?

Some think it’s because the death of Baldur signals the Fimbulwinter, the beginning of Ragnarok. He is implying the beginning of the end. Some say it’s simple than that. Baldur was stripped of all his sense of pain and pleasure, and it was the first time he felt cold. The first theory is definitely cooler.

Is Baldur stronger than Kratos?

Baldur had extraordinary strength comparable to Kratos, but his inability to feel anything, including pain, fatigue, and even emotions, gave him the advantage. But, Kratos is the protagonist with an insane buff, and it was a coincidence that Atreus’s arrow conveniently is laced with mistletoe, which kills Baldur.

Why is Kratos being hunted?

Odin despatched Baldur, Magni, and Modi to hunt down and murder Kratos and his son Atreus, believing them to be the bringers of Ragnarok.

Was Baldur going to thank Atreus?

Baldur looked to be truly grateful to Kratos and Atreus for doing something even Odin himself couldn’t, which was to break the curse (killing him).