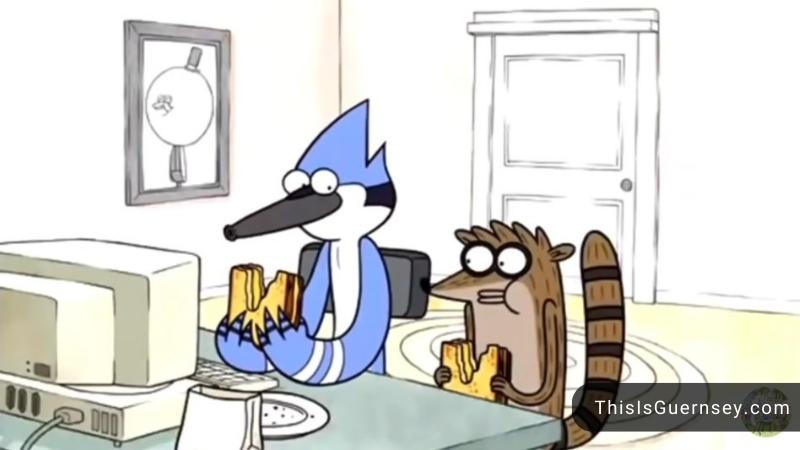 Briefly, the Regular Show actually has no particular timeline, or I could say it has multiple timelines. However, according to J.G. Quintel, the creator of the series, Regular Show often references 1980s culture and carries the 80’s vibe.

When Does The Regular Show Take Place?

The writing team of Regular Show did not reveal the particular time the show took place. We can see in the film that there are many hints that bring back the vibe of the 80s and early 90s, like the VHS cassette, 8-bit video games, or payphone. This could be because the creator of the show J.G. Quintel grew up in the 80s, and he wants to infuse that vibe into his cartoon.

Quintel told LA Weekly that from the beginning, he did want to “infuse an ’80s vibe'” because he grew up in that time and remembered “so many things about that era that were cool.” That’s why we exclaimed, “why Regular Show is so 80s!” when enjoying the show.

On Reddit, some users give their conclusions, based on the event and hints in the Regular Show, that the year of Regular Show setting is from around 2005 to 2015.

It’s not about the exact timeline, it’s about the vibe of the period, which is the 80s and early 90s when Quintel, the creator, grew up.

As I’ve mentioned, the time period of Regular Show is ambiguous, which means this show does not have a particular timeline. So, it would be a floating timeline in the show. However, the vibe of the 80s and 90s is pretty clear in this show, which is the intention of the creator.

Where does Regular Show take place?

According to Mordecai’s license plate, Regular Show could take place in California. Besides, in the show, it’s implied by the locations, weather, and all that stuff that it’s in California. Quintel also said in an interview that he created Regular Show based on his “college experiences at CalArts,” and after the seven-year run, he “had settled down and started a family;” and CalArts is an art university in Santa Clarita, California.

So, from those things, I believe that Regular Show takes place in California.

The main antagonists of Regular Show

During the 8 seasons of Regular Show, there are many villains showing up, and the number of villains in the show could be up to 90. The lists below will include the main antagonists that I think are notable.

What animal is Eileen in Regular Show?

Eileen (or Eileen Roberts) is a female humanoid mole.

In Regular Show, Eileen Roberts is described as a light-brown female humanoid mole person who works at a local coffee shop and is Margaret’s friend.

What animal is Margaret in Regular Show?

Margaret could be a red-breasted.

She is a waitress at the local coffee shop, which is located across the street from the park. She is the daughter of Frank Smith and Denise Smith and is voiced by Janie Haddad. In seasons 1-3, Mordecai has a big crush on her, and he always finds excuses to take coffee breaks when she’s working.

What is Mordecai’s last name in Regular Show?

In Regular Show, Mordecai’s last name has not been revealed. So, we cannot really know about it.

Mordecai, one of the protagonists in Regular Show, is an anthropomorphic blue jay, voiced by the creator J.G. Quintel. He was 23 years old at the beginning of the show and 29 years old in the final season. He and Rigby (voiced by William Salyers) have been best friends since childhood. Compared to Rigby, he is more conscientious, intelligent, responsible, mature, and moral in his actions, so he sometimes opposes Rigby when he is the cause of chaotic problems.

What animal is Skips in Regular Show?

Skips of Regular Show is an immortal Yeti.

Skips is formerly known as Walks. He works at the park as a groundskeeper. He is voiced by Mark Hamill. He is also a wise character who is the friend of Benson, Mordecai, and Rigby. He helps Benson a lot and fixes various mistakes of Mordecai and Rigby.

What is Mr Maellard in Regular Show?

Mr Maellard is a Lollipop from Lolliland. He is the owner of The Park and also the adoptive father of Pops.

Mr Maellard, voiced by David Ogden Stiers, seems to be a pretty strict and greedy boss who is impatient with his employee Benson and is often seen yelling and mad at him. However, he does care about his adoptive son Pops. Though Pops finds out he is not his real father, Mr Maellard tells Pops that he always sees him as his real son.

I think it is canon, though J.G. Quintel is not involved in this comic creation. You can take it as a side story of the original Quintel’s Regular Show.
Regular Show: 25 Years Later is an official continuation of Regular Show. This comic is written by Christopher Hastings and illustrated by Anna Johnstone.

Why did Regular Show end?

Generally, the show ended because the creator Quintel agreed to end it after the announcement of Cartoon Network.
Quintel said in an interview that “Cartoon Network announced the show would end after Season 8” he and his team worked out a plan on how they wanted the show to end. Besides, he expressed that he agreed with the decision to end Regular Show because he felt “it was a right time,” and they had explored everything they “wanted to explore without it running into the ground.” Quintel said that he was truly proud of “a solid set of episodes of a series” and never regret about it.

Why is Regular Show so 80s?

The vibe of the 80s in Regular Show is so apparent because the show creator J. G. Quintel wants to add that vibe to the series as the 80s was the time he grew up, and “many things about that era were cool” to himself.