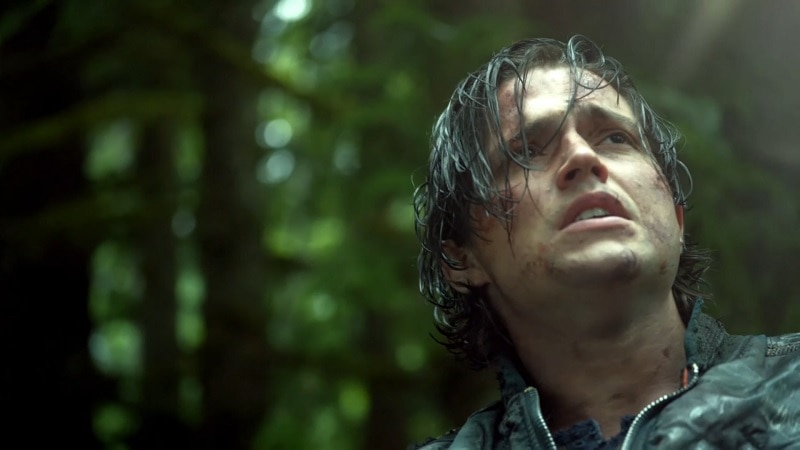 This article is about the death of Finn character in the science fiction series “The 100.” If you really want to know “when does Finn die in The 100?” without minding any spoiler, stay here and read the rest of this article.

Shortly, Finn did die in The 100 after being sentenced by The Grounders.

Yes, Finn died in The 100 to pay for what he had done, massacring many innocent Grounders.

Finn Collins, played by actor Thomas McDonell, was one of the lead characters appearing in the first two seasons of The 100. He was a tracker for The 100.

What season and episode does Finn Collins die?

“The 100” is an action, science fiction TV series on The CW network. The series includes seven seasons, released from March 19, 2014, to September 30, 2020. The storyline of The 100 follows 100 post-apocalyptic survivors, who were juvenile delinquents sent from the Ark massive station to the Earth, finding a way to revive the planet.

In The 100, after being sent back to the Earth, Finn and his friends went through many battles, and he himself got stabbed and hurt many times. He had a love interest with Clarke, but they remained friends ’til his death. In an attempt to find Clarke, Finn killed many innocent Grounders and was then sentenced to death for what he had done. Though Clarke did not want Finn to die, Finn realized his felony and agreed to die. She eventually stabbed him to make his death less painful.

In The 100, Finn (or Finn Collins) is in the group of 100 juvenile delinquents sent back to Earth from Ark. He was arrested because of the illegal spacewalk and covering for his girlfriend Raven Reyes, who would have been taken floatation punishment from the Ark at the age of 18.

He first appeared as a person that really cared for friends and was a negotiator for peace with Grounders. However, after being rescued from Tristan’s capture, his personality changed dramatically, taking a dark path to kill unknown Grounders as he suspected they had captured Clarke.

Finn madly killed 18 innocent people from Nyko’s village, which was unforgivable for the Grounders.

After Clarke disappeared, Finn, together with Murphy, headed to Nyko’s village in their search for her. Murphy told Finn to leave the village because the residents here were mostly elderly people, women, and children, who may not relate to Clarke’s disappearance. However, Finn is insanely in love with Clarke, ignores Murphy’s words, and murders many innocent villagers for rage.

How does Finn die?

Finn is sentenced by Grounders and dies because of a stab in the heart.

The act that Finn massacred Nyko’s villagers is unforgivable to Grounders. They want Finn to be killed for the agreement on forming an alliance with Clarke. Although Clarke and his teammates refused this condition, Finn agreed to his death as he realized he must pay for his action.

Who did kill Finn Collins?

Clarke was the one who killed Finn Collins because she didn’t want him to die by Grounders torture.

Clarke knew that if she let the Grounder kill Finn, it would be a torture death. So, she decided to give him “mercy death” by stabbing him in the heart. Before that, she had confessed her love to Finn. And the last words he gave her were “Thanks, Princess.”

Finn has to die in The 100 for his act of massacring innocent people, including children. His death is also a condition for forming the alliance between Clarke’s team and the Commander.

Why does Clarke kill Finn?

Finn’s death at the hands of Clarke, his lover, is not murder. Instead, it is a mercy killing. After Finn is sentenced to death for the murder of many Grounders, Clarke kills Finn to prevent Grounders from having their way with him.

Does Finn survive and come back in The 100?

No, Finn does not survive after the stab. He actually died after that.

Although Finn was essentially dead and gone in the show, he made a few brief appearances as a memory in season six. So, he did come back to the series, but only as a memory.

Finn also reappeared in the episodes after the “Skywalker,” after which Clarke was shaken by Finn’s death. In the episode Remember Me, he appears several times as a grief-induced hallucination.

Clarke quickly pulls herself away from her friends and persuades herself that love is a weakness. She bids Finn farewell, causing his hallucination to gradually fade and disappear.

Do Finn and Clarke date?

Clarke and Finn grow a love feeling but do not really date each other.
After Raven comes down to Earth, revealing that she is Finn’s girlfriend, Clark and Finn end up keeping their friendship.

Do Bellamy and Finn die in season 1?

No. In season 1 of The 100, both Bellamy and Finn are alive. But, Finn dies in season 2 and leaves the series for good.

Was Raven mad at Clarke for killing Finn?

Yes, she was. But she also forgave Clarke after that. So, Finn’s death could be the reason that brought these girls closer.